The square dancing community is tight knit. We feel the loss of any member just as we would someone in our family.  We honor those who have danced with us, and still dance in our hearts.

(Names listed below are by alphabetical order.  Clicking the person's name will take you to his or her memorialization.  If you choose to scroll through all listings, they are chronological with the most recent at the top.) 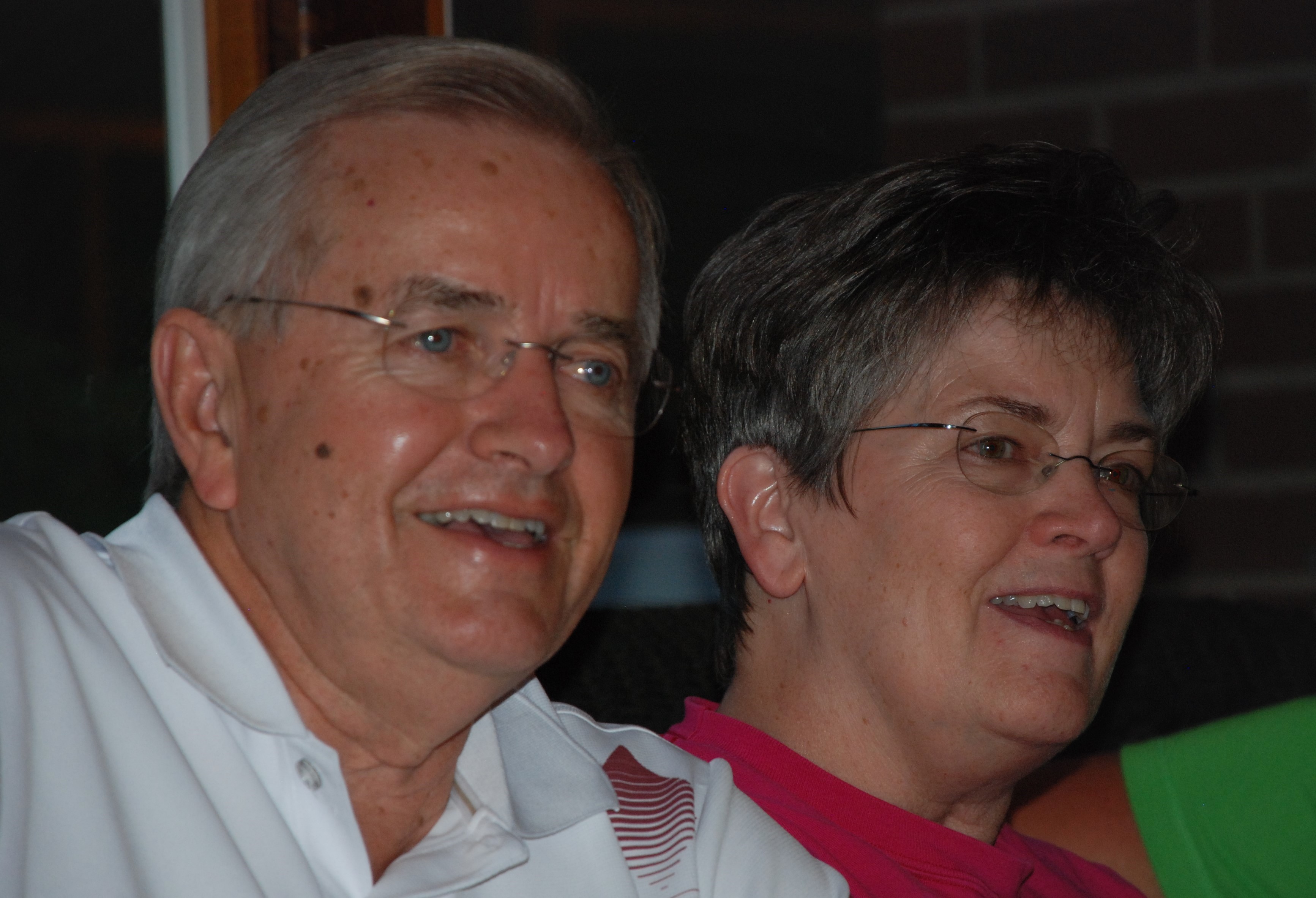 John King passed away April 11, 2022.  John & Carol were very active with Frontier Squares for many years (took lessons with Johnny Davis and danced with Dave Stuthard and Jack Pladdys).  John & Carol were part of square dancing back in the 80's during its hay-day when there were 280 members at Frontier Squares. They served Frontier as Host Couple in 1993, and class co-chairs in 1995.  In 1994 no one volunteered as club president or vice-president for Frontier, so the club decided to keep it running by forming committees that divided responsibilities and performed the necessary tasks.  John & Carol were part of that group and led the effort.  As we all know the club survived and has flourished.  John and Carol quit dancing several years ago due to injuries.  We thank people like John & Carol and members of the past that took on leadership roles that helped make Frontier Squares what it is today.  As you've heard us say many times - "We stand on their shoulders"! 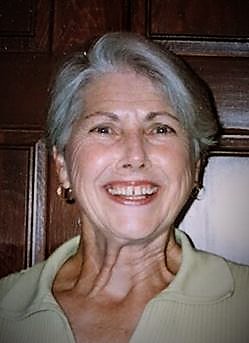 Bill & Nancy Miller were members of Frontier Squares from 2005 - 2017 when their dancing came to a halt after Nancy fell and broke her arm while dancing.  They were never club officers, but they were faithful members and two of the kindest people to grace our hall.  They were also members of Continental Round Dance Club and loved to round dance.  Nancy passed away November 24, 2021, and her beautiful smile will never be forgotten. 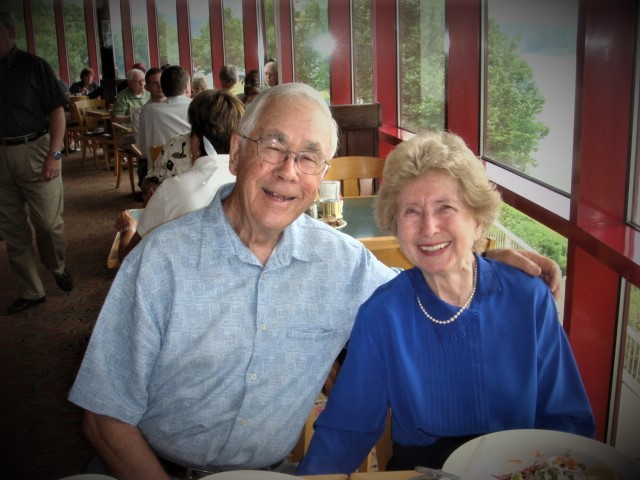 Dot and Frank were married in 1988 and started square dancing with Surrey Squares that same year.  Frank told us, "We fell in love with the activity and the wonderful people we met."  After that first year, they started dancing with other clubs, including Frontier Squares which they joined in 1989 or 1990.  Next, they got into Round Dancing as well.  They served on the Reception Committee for the 1992 National Convention held in Cincinnati with a huge attendance of 21,000+.  Their last dance was the Frontier Christmas Dance in 2015.  Frank said, "As I look back at our years of square and round dancing, I appreciate the many friends we made.  Amazingly dancing is a super activity for a healthy memory."   We are sad to report that Dot died on November 12, 2021.  Since March of 2018 she has been at the memory/assisted living facility at Carriage Court.  Dot was a lovely lady that was thought very highly of and she will be missed! 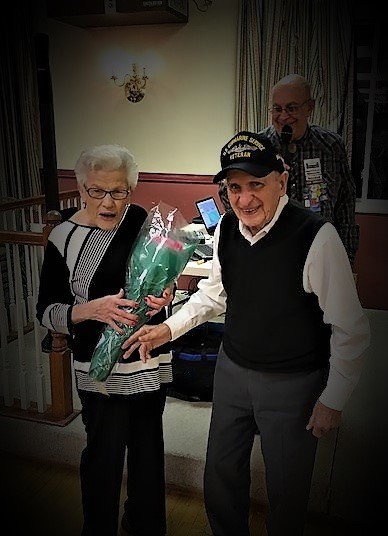 With much sadness we are passing on the news that Roland died October 23, 2021 at home in Cleveland.  Betty followed Roland in death on April 15, 2022.  They were able to celebrate their 75th wedding anniversary.  They had been visiting family in Cleveland when the COVID-19 quarantine started and have been there since.  Lucky for us that Betty and Roland moved to Cincinnati and started dancing at Frontier Squares in 2014.  We were also very thankful that Anita and Chris (their daughter and son-in-law) were willing to be their chauffeurs.  Even when Roland couldn't dance, he came with Betty to socialize, spread his humor and visit with friends.  They had been active dancers in the Cleveland area and always enjoyed going to conventions and special weekends to see old friends.  We will miss them both, especially Roland's smile and him saying "You're glad to see me." 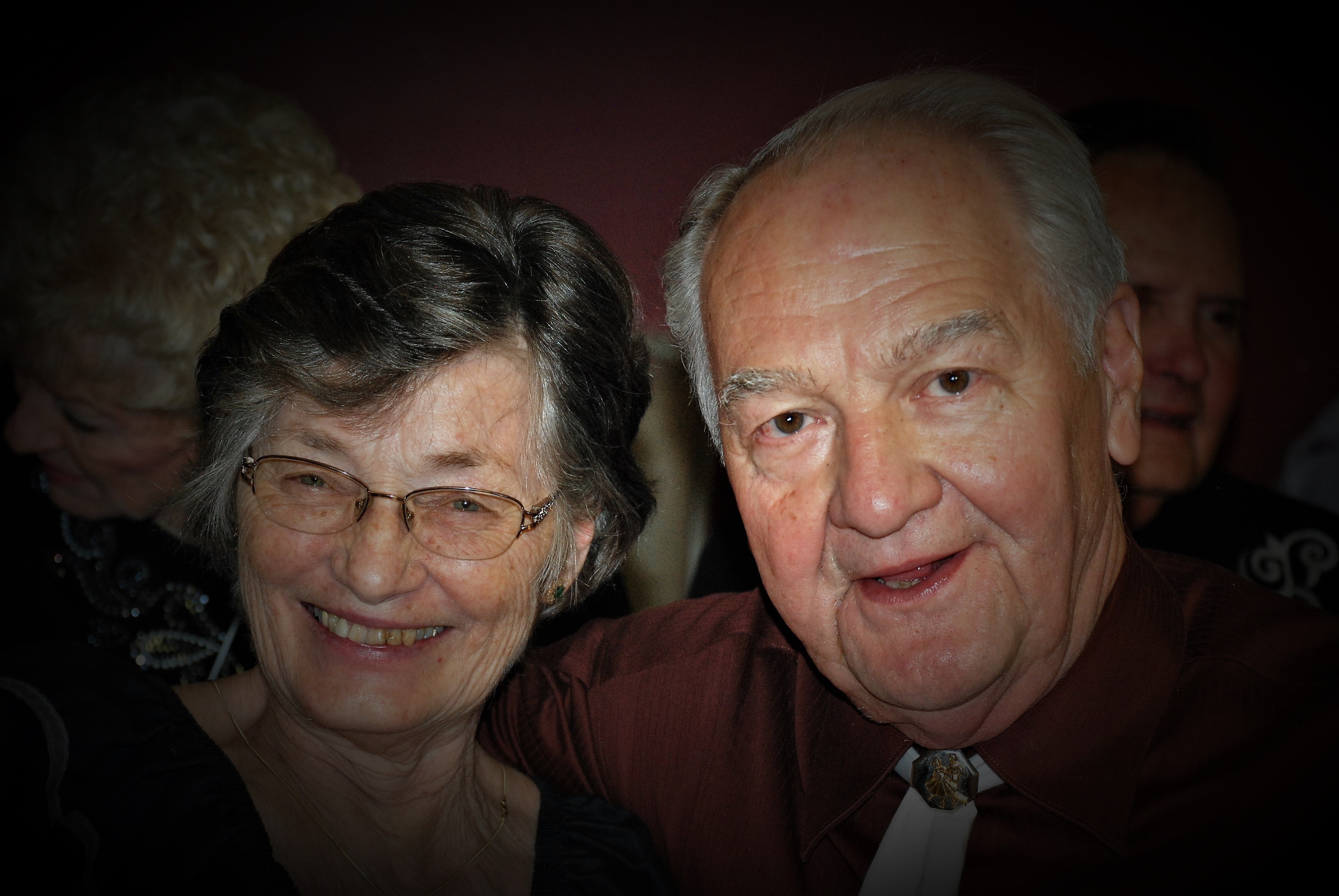 Angie passed away on August 5, 2021, and Dave departed this life on July 5, 2017. Dave & Angie started dancing with Frontier Squares in 2001, having previously danced with Venus & Mars. They served Frontier Squares as your club president in 2003 and 2004, vice president in 2009, and the Round Dance Rep in 2014. They cared about Frontier very much and enjoyed the friends they made here. They were always willing to work behind the scenes. We will always be grateful for their presence in our lives and for being part of the success of Frontier Squares. We will miss their smiles and their laughter. 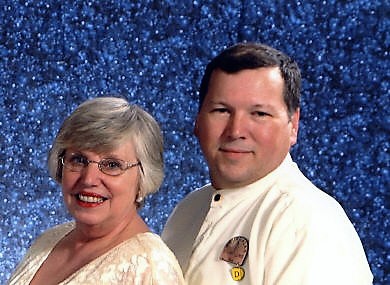 Fay Samborsky, the wife of Stuart Lewis, died unexpectedly on April 6, 2021, due to heart failure and other complications.  It was in 2006 that Frontier Squares was blessed to have Stuart and Fay join us as our round dance cuers and members of our square dance family.  They were beautiful round dancers, complimented each other, always participated in club activities and themes, and were your corners in square dances too!  Fay was always willing to help a dancer perfect their dance skills without making them feel uncomfortable.  She will be missed because of her friendliness, kindness, caring, and loving spirit.

Charlotte was the wife of Frontier Squares' first caller (Johnny).   You can read Charlotte's account of "How Did Frontier Squares Get Started" in our History Booklet.  From what we've been told, Johnny was a dynamic, talented teacher and caller that attracted many dancers to our activity.

Thanks to Johnny & Charlotte, and the five squares of people who were in the first class that started in 1971, they gave birth to our wonderful club that we love as Frontier Squares.  Johnny called for Frontier from August 1972 to January 1985 when he died suddenly.  At the time of his death the membership of Frontier was at its all-time highest, 276 members.

We regret we never had the pleasure of meeting Charlotte (we had invited her multiple times to attend honor dances or anniversary dances).  If you believe the phrase, "Behind every successful man is a woman," plus her welcoming smile (shown in the picture below), we say “THANK YOU” for her dedication and efforts that helped make Frontier Squares what it is today.