In September, 1971, a beginner western style square dance class was started under the leadership of Johnny Davis. In 1972 the first organized Western Square Dance Club in Clermont County was formed, and we adopted the name of Frontier Squares in 1973. We started dancing in the Victor Stier American Legion Hall.

Now, Frontier Squares has over 100 members and is one of the largest Square Dance Clubs in the Greater Cincinnati/Northern Kentucky area.

As a plus level club, we are known over the years for our fun and interesting Square Dancing, Round Dancing, and Line Dancing. In addition, we seek to "Give Back to the Community", and have been active in giving to various charities. Toys for Tots is one of our biggest collections for children at Christmas.  We also help the Ronald McDonald House with donations.

We're lucky to have World-Class Callers, Cuers and Instructors!

On the average of once a month, Frontier also invites notable callers from around the area - and the Country!

Frontier Squares meets every Tuesday for class and on the 1st, 3rd and 5th Fridays for Club Dances at the Prince of Peace Lutheran Church at S. Lebanon Road in Loveland, Ohio. The gym in which we dance is a large and comfortable facility with ample parking and handicap accessibility.  Inside, we have enough space for 15 or more squares, plus room for refreshments and seating. 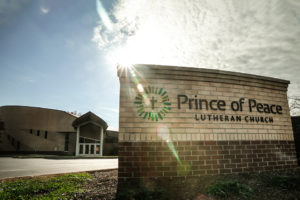